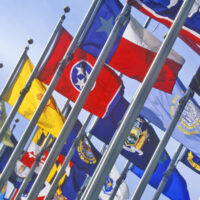 In an effort to minimize any potential litigation after they die, many people place what is known as an in terrorem or “no contest” clause in their will or trust. A no-contest clause typically disinherits a beneficiary if they take any legal action to dispute the validity of the underlying will or trust. In practical terms, the challenger is treated as if they predeceased the person who made the will or trust.

The enforceability of no-contest clauses varies from state-to-state. In Florida, for instance, state law strictly forbids their use. So if a will or trust governed by Florida law has a no-contest clause, the judge will simply ignore it.

But when it comes to trusts in particular, it is not always immediately clear which state’s laws may apply. In the case of probating a will, the governing law is usually that of the state where the decedent passed away. But a trust may designate a state other than the grantor’s primary residence as the legal situs of the trust. For example, a Florida resident may own substantial property throughout the country and transfer it into a trust governed by New York law, where no-contest clauses can be enforced in some situations.

Indeed, a New York appellate court recently enforced a no-contest clause in a trust dispute. In this case, Matter of Neva M. Strom Irrevocable Trust, the grantor created a trust and named her two daughters as beneficiaries. Prior to her death, the grantor sold her New Jersey house and transferred the proceeds into the trust. The trust also contained a no-contest clause.

However, after the grantor died, one of the daughters took action in the New York probate courts to invalidate the trust as part of the probate of her mother’s will. Essentially, the daughter believed the transfer of the house sale proceeds was invalid, and if so, the trust would fail due to lack of funding.

The trustee argued these actions violated the no-contest clause, which should be enforced against the daughter. The probate court agreed. So did the appellate court, which noted that New York had no specific laws governing the use of no-contest clauses in trusts, as it did for wills. But the grantor did specify the New York rules regarding wills should also apply to her trust.

Under those rules, the appellate court explained, a beneficiary could ask for a “preliminary examination” of the trust documents. But here, the daughter engaged in a far more extensive discovery process. That did trigger the no-contest clause, the court held, thus disinheriting the daughter from the trust.

When it comes to this sort of litigation, differences in state laws can often decide the outcome of a case. That is why it is important to work with an experienced St. Petersburg estate and trust litigation lawyer who can guide you through the process and advise you of your rights and risks under the law. Contact Legacy Protection Lawyers, LLP, today to schedule a consultation with a member of our team.