What Are My Children’s Inheritance Rights If I Die Without A Will? 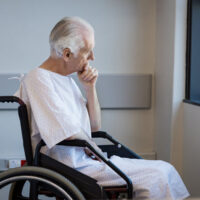 Adult children have no right to be named as a beneficiary of their parent’s will or trust under Florida law. In other words, if you do have adult children, you do not have to leave them anything in your estate plan. You could also choose to favor one child over another.

In the event you die without a will, however, any assets in your probate estate must be distributed according to Florida’s intestate succession laws. If you have surviving descendants, they do have certain inheritance rights under those laws. This is why it is essential to have a written estate plan so that your wishes are known and can be carried out.

To take a simple example, say Lauren had three adult children who survive her. If Lauren died without leaving a will, each child would inherit an equal, one-third share of her probate estate. It would not matter if Lauren had a stronger relationship with one child or had not spoken to another child for many years. For purposes of intestate succession, the probate court cannot consider the “quality” of a parent-child relationship, only that it existed.

When it comes to defining “children” for purposes of intestate succession, Florida law does not care if a child was born to married parents. An “illegitimate” child therefore has the same inheritance rights as any other. The same goes for any children that were legally adopted by the deceased parent.

One thing to keep in mind here is that if a child is legally adopted, that severs any inheritance rights they have from their natural parent. For example, say one of Lauren’s three adult children had been legally adopted. That child would inherit from Lauren’s estate under intestate succession but from the estates of their biological parents.

There is an exception in Florida law for stepchild adoptions. If you have a child and your spouse–who is not the child’s other natural parent–legally adopts them, that does not affect the child’s inheritance rights from the other natural parent. It is also worth noting that absent an adoption, a stepchild has no inheritance rights from a stepparent. Nor do any foster children.

Once again, these rules only cover situations where the deceased parent has not left a valid last will and testament. When you make a will, you can choose to name any beneficiary you wish, including an unadopted stepchild or foster child. You can also decide to exclude any natural or adopted child.

Even if you do not have children or other descendants, it is still important to make a will. An experienced St. Petersburg wills lawyer can help. Contact Legacy Protection Lawyers, LLP, today to schedule a consultation with a member of our estate planning team.