What Exactly Is “Undue Influence,” And How Can I Avoid It When Making My Will? 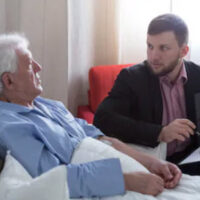 The phrase “undue influence” is often used when discussing contested probate estates. The basic idea is that a will (or trust) should be considered invalid because some person engaged in improper action to procure the document in question. For example, let’s say Emily has three adult children. One of these children, Scott, cares for Emily, who is elderly and no longer capable of living on her own.

Scott isolates Emily from the rest of the family, including his siblings. Scott also “suggests” that Emily make a will leaving him her entire estate. Scott then hires an estate planning attorney to draft a will to that effect. Emily does sign the will, but she appears confused and does not even bother to read the document beforehand.

After Emily dies, her other children challenge the probate of the will on the grounds that Scott exercised “undue influence” over their mother.

A “Rebuttable Assumption” of Undue Influence

In 1971, the Florida Supreme Court spelled out the process for handling these types of claims in a case called In re Estate of Carpenter. The Court’s central holding was that probate courts should apply a “rebuttable presumption” that there was undue influence in procuring a will if the following conditions were met:

The hypothetical scenario described above meets both of these conditions. So a Florida probate court would then start with the presumption that Scott exercised undue influence to procure Emily’s will. The law then shifts the burden to Scott to prove that he did not exercise any undue influence.

Some of the criteria a court will look at with respect to this issue include:

In short, if you want to avoid even the appearance of undue influence when making a will–especially if you decide to omit or treat certain family members less favorably than others–it is important that you take charge of your own affairs while you are still able. The first step is working with a qualified St. Petersburg estate planning lawyer who can advise and guide you through the process of properly executing a will. Contact Legacy Protection Lawyers, LLP, to schedule a consultation today.