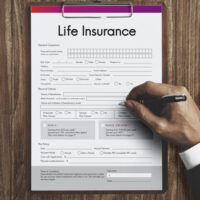 Even if you have a will and a living trust, there may still be some assets that fall outside of these estate planning documents. For example, a life insurance policy is often governed by separate laws with respect to beneficiary designations. This means that even if you change the beneficiaries in your will or trust, that does not affect who receives the proceeds from your life insurance policy. Under Florida law, you need to file a specific change of beneficiary form with the insurance company and “strictly comply” with the insurer’s requirements for making such a change.

A recent decision from a federal judge in Tampa, American General Life Insurance Company v. O.H.M., illustrates how legal disputes may arise between potential beneficiaries if procedures are not strictly followed. In this case, a now-deceased man (the decedent) purchased a $1 million life insurance policy. At the time of purchase in 2003, the decedent named his then-wife Jennifer as primary beneficiary and any children born to the marriage as contingent beneficiaries.

Five years later, in 2008, the decedent filed a change of beneficiary form. He decided to name one of his minor daughters, identified in court papers as O.H.M., as the sole primary beneficiary. By this time, the decedent was in the midst of divorce proceedings with Jennifer.

For some reason, the decedent never bothered to file a corrected form. He died more than a decade later in April 2020. Lisa, the decedent’s widow, then filed a proof of claim to recover the proceeds of the policy. She argued that even though O.H.M. was still listed as the sole primary beneficiary, she was now disqualified as she had been legally adopted by ex-wife Jennifer’s new husband.

As is common practice in these situations, the insurance company brought what is called an interpleader action. Basically, this means the insurer asks a federal judge to sort out who is the rightful beneficiary of the policy. In this case, the judge said O.H.M. was entitled to the full $1 million. Florida law requires “strict compliance” with an insurance policy’s conditions when changing a designated beneficiary, the judge explained. The insurer’s decision to reject the 2009 change of beneficiary form filed by the decedent was “objectively reasonable,” and the decedent’s failure to take any corrective action in the 11 years before he died meant the pre-2009 designation of the daughter remained in place.

A key lesson from this case is to always stay on top of potential changes to your own estate plan. Do not assume that things will be taken care of on their own. If you are involved in a dispute over who is the rightful beneficiary of a particular asset and need to consult with an experienced St. Petersburg probate litigation lawyer, contact Legacy Protection Lawyers, LLP, today.